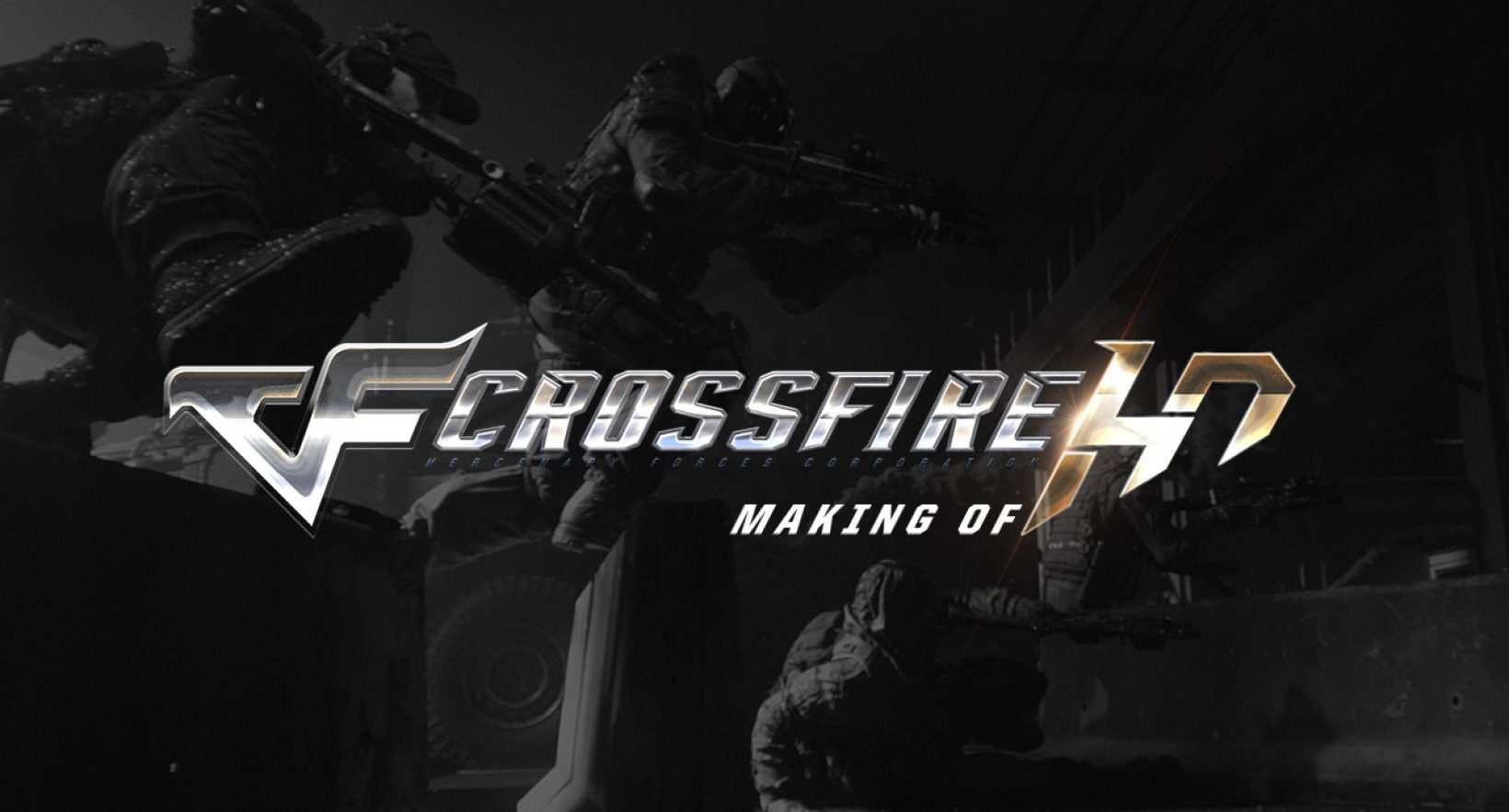 Crossfire HD is far from what you would expect from a video game trailer. It’s a down-to-earth take on the modern warfare in the vein of a music video. Unusual form demanded an unusual approach – and all the ins and outs have been revealed by Platige Image’s producers and artists during a round-table discussion.

Let’s start with the obvious: this wasn’t a standard Platige Image project.

Daria Zienowicz, Producer: Crossfire was a huge challenge, mostly due to our specific relation with the client. It was our first project for Smilegate, a company from South Korea. They have specifically chosen us to create their first big cinematic, and requested to keep the style similar to what we’ve shown in the trailers for Watch Dogs 2 and Ghost Recon.

Hubert Zegardło, CG Supervisor: The fact that the client chose us is, of course, an honor and a distinction. There are other studios out there that make trailers, but Smilegate decided to reach out to Platige Image. They wanted the clip to resemble real-life journalism, and this style is something we’ve become very good at — I think mostly due to our director Damian. He knows how to move the camera in a very ‘news-like’ way.

How was the cooperation going with a client at the other end of the world?

Damian Nenow, Director: We’ve been given practically unlimited levels of freedom regarding the art direction. Paradoxically, it was the biggest challenge. We were given character models, then the client laid down the general cinematic style and sent us some Youtube clips: war documentaries, military equipment exhibitions – but that was basically it.

It was, on one hand, very cool because we were able to let the imagination run wild, but at the same time, there was nothing to cling to at the beginning. We weren’t sure if the client would like what we were doing, and we had a strict deadline. Usually we get some kind of a foundation for everything, something to build upon. Here, there was nothing like it. The client said: “We want your vision,” so we delivered. They liked it – and that’s great, but it made my hair a little more gray. We had no precise references, we suggested them ourselves and, using this language of inspirations, we communicated with the client.

What was your starting point?

Nenow: We wanted to move away, at least a little, from traditional linear narration, cause-and-effect scenes, where someone aims at someone else, shoots and runs away. I like editing collages – it’s the style that we utilized for the Watch Dogs 2 cinematic trailer. Crossfire continues this method of storytelling, and it works very well for video game cinematics. The most interesting thing here was the combination of this collage style and the story that the client wanted to tell. The essence of the concept was a naturalistic presentation of the battlefield.

The game is about soldiers, and not necessarily about the conflict around them. From my point of view it’s the most shockingly real thing about our storytelling: we show things similar to what you see on the news, on CNN, in a war documentary, and not in a video game. I wanted the player to be able to identify with this world of conflict. It’s not a Hollywood war, mind you, that takes place in a far away land full of sand or jungle. It’s what you see on the street. I went out and took photos of a car wash, a store depot or a construction site near my house, and you can see these locations in the film. These are places that are recognizable to any player, regardless if he’s from Warsaw or Seul.

Nenow: It was the goal from the start, because that’s how the entire concept came to existence. I was listening to Frictions by Imagine Dragons and simply put together the entire video in my head. We’d been using the song as a temp track for a long time, but we knew we’d never use it in the final version, because the client didn’t want any vocals. However the song’s pace, the melody worked perfectly as referential material.

It made finding a composer a very difficult task. Absurdly difficult, actually, because it would seem impossible to make instrumental music sound better than a song with vocals, and lyrics that are very dramatic and full of energy. Paweł (Górniak, the composer) has managed to do just that. I think he didn’t have an easy time while at it, but the result is astonishing. He composed music that we instantly fell in love with, both us at Platige and our client.

Paweł Górniak, Composer: I came to the project near its end, but the work was still in progress, so I had to work with footage where characters were missing skin. They were all totally grey. However, this allowed me to work out the pacing of the shots and compose a fitting music.

Even though I created the music for footage that was already there, to some people it might look like the music came first. The film’s structure, similar to a music video, provided me a chance to show off my skills. There are elements of rock, there are guitars, but we also wanted to inject a tiny drop of ethnic music. Pop-rock was the foundation for the rhythm.

There are scenes that look completely photorealistic. At times I wasn’t sure if it’s still animation or if you used live-action footage.

Zegardło: The entire thing is CG, not a single live-action moment. But we have used motion capture.

Jabłoński, Art. Director: Everything has to be designed in a realistic way in the first place. We wanted to create a naturalistic trailer, something that wouldn’t fly in Hollywood. It wasn’t easy to create a believable, not-so-attractive reality from the scratch. This world is down-to-earth and dirty, but in an intentional, movie-like way that makes it seem real.

How long does it take to create such a trailer? Half a year? Longer?

Zienowicz: Time-wise, this project was a huge challenge. The film is composed of about 100 shots. It was made in four months. Planning out the work proved a big logistical undertaking. We’ve collaborated with more than 70 graphic designers.

Zegardło: We’ve created around 90-100 assets in total for this trailer. Characters, vehicles, weapons and other props. So yeah, we were working on a tight schedule.

Zienowicz: Nonetheless, it’s been one of the most enjoyable project. It’s been great to work on it thanks to the people. The supervisor, the director who provided us all we needed to work comfortably, the client who put their trust in us, and the designers who wanted to showcase their skills. To us, it’s been a truly important project that showed our capabilities and potential. 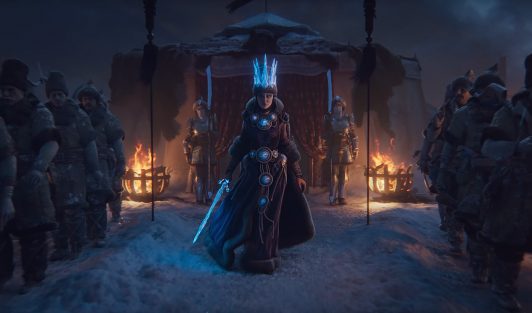 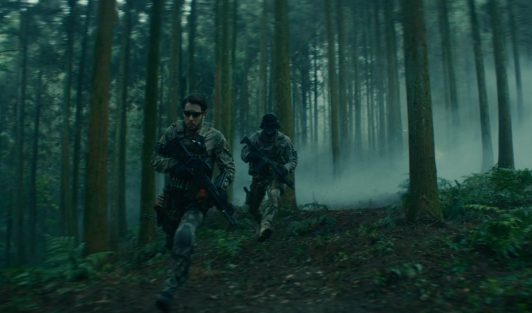 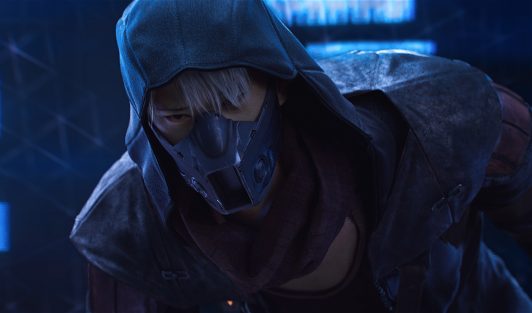 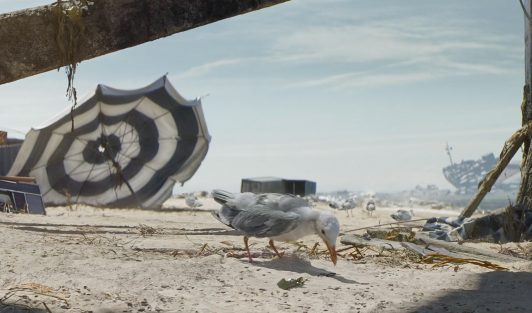