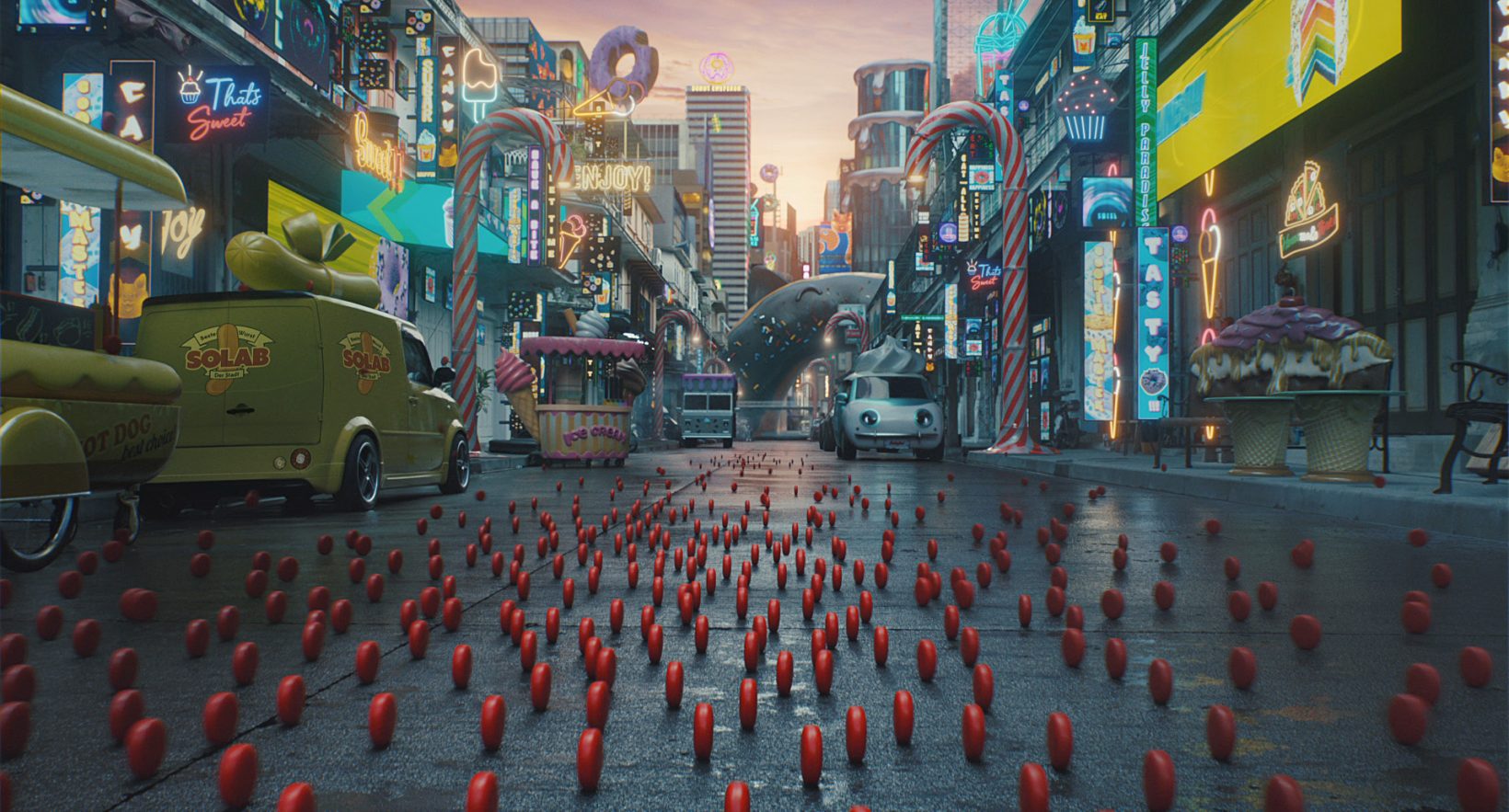 Babybel’s ad Join the Goodness premiered worldwide, directed by the industry’s legend Hervé de Crécy and realized by Platige Image. The film took the viewers on a mouth-watering ride through a fabulous city of food. In a short adventure stylized as a Hollywood trailer, Babybel’s cheese heroes brought health and taste to a world overtaken by fast food.
Join the Goodness was one of Platige’s most complex projects of 2020, post-produced almost entirely remotely due to the coronavirus lockdown.

“I always wanted everything to look real, because the film is a parable of our world. You can find a lot of open air malls where the reality is beyond the fiction.”
– Herve de Crecy, Director

Inspired by gigantic malls from Tokyo and filled with dozens of personified objects, the world of food feels real and lived in. To make this possible, the director and team at Platige Image, led by Mateusz Wiśniewski (Producer) and Maciej Szewczenko (VFX Supervisor), had to conduct an in-depth research.

Every designed element stemmed from a real-world counterpart. The artists studied vintage French trains, American cars, and even the technique of cheese wax sculpting that originated in Benelux, which helped create the look of Babybel characters. In the words of Maciej Szewczenko: „Good design harks back to the organic character more than anything else.” 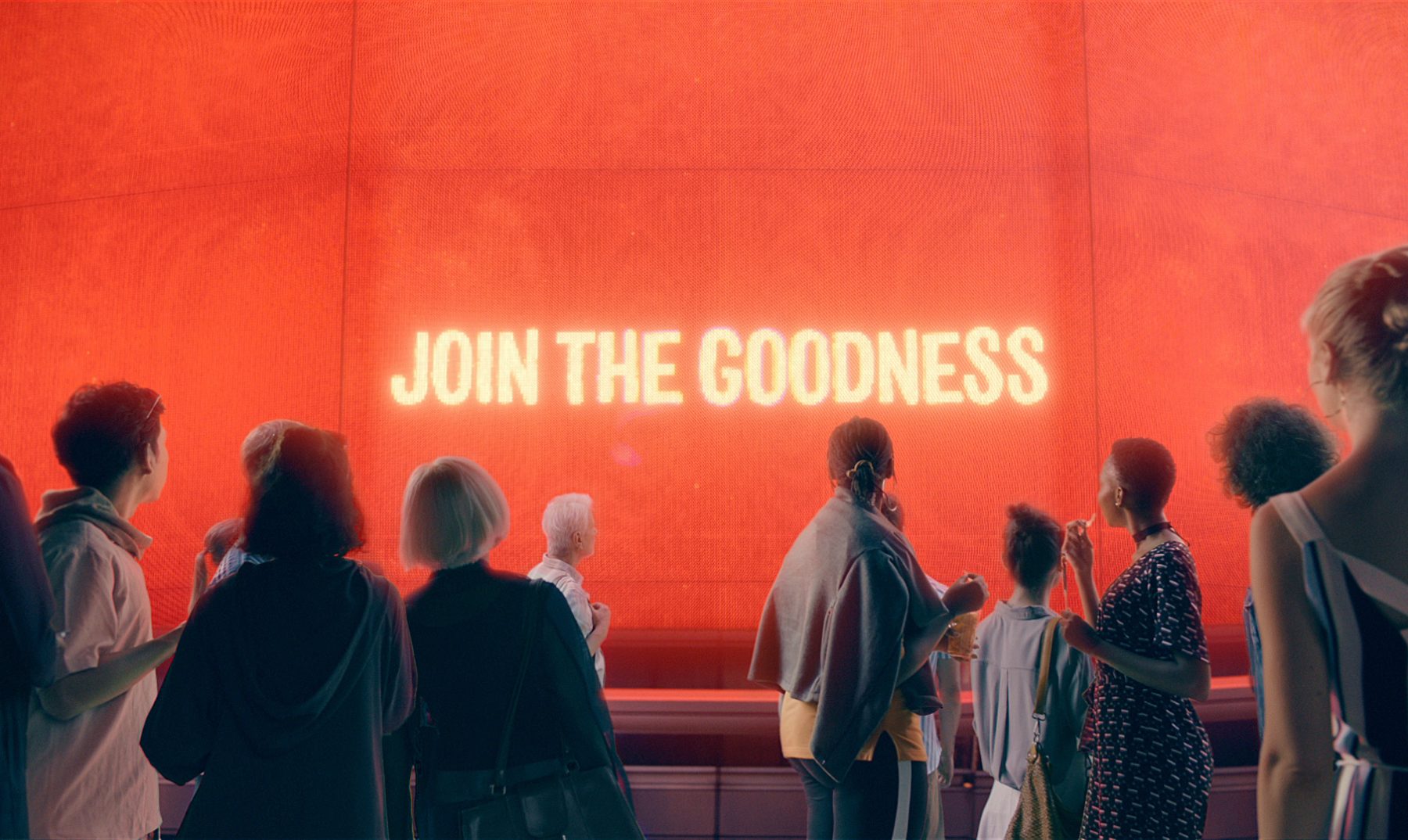 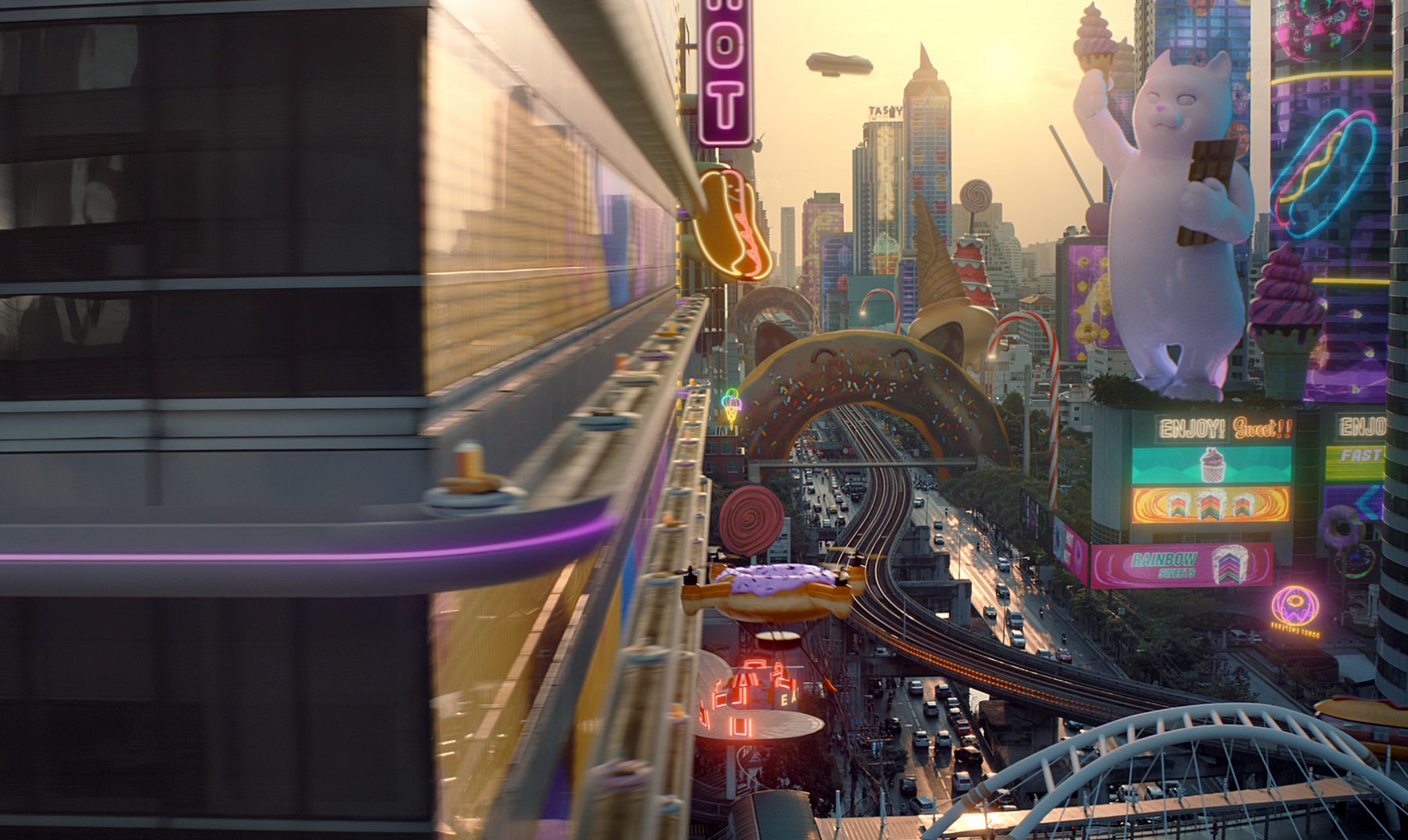 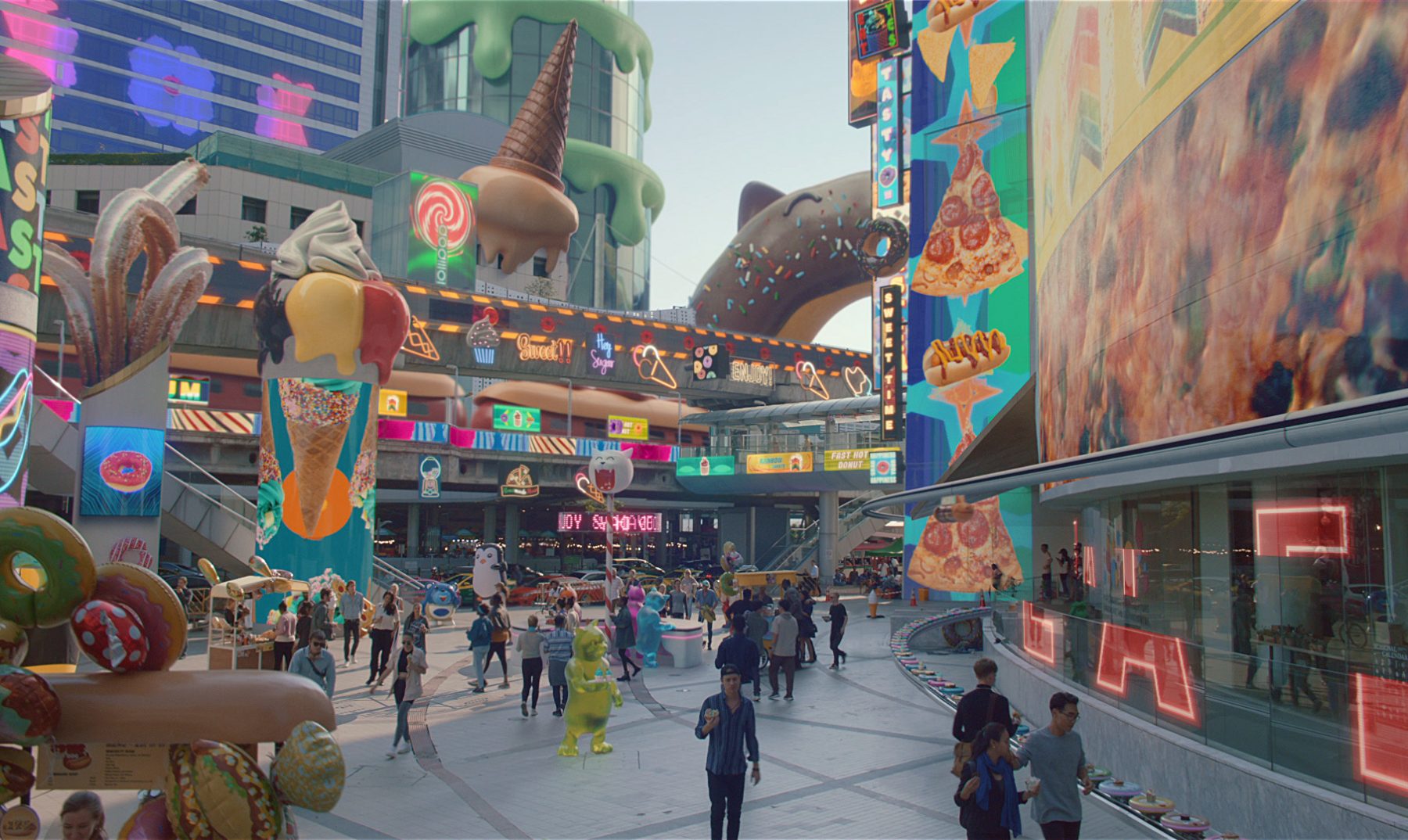 With about 70% of the screen space occupied by CG creations, this was by far one of this year’s most complex projects for Platige Image. The original plates were shot on location in Bangkok, with numerous props built for this purpose. The studio’s on-set supervisor helped prepare the scenes for post-production. Achieving the final look required combining live action footage with digital characters and props, and, occasionally, rendering full scenes in 3D.

Platige’s artists created more than 250 digital assets, including 9 models of hero Babybel characters, each made to perform a different action. To bring the breathtaking cityscape to life, the studio designed a unique system for implementing fictional advertisements. Based on projecting visuals on auxiliary geometry, it allowed the ads to loop, glitch out, or even transform into holograms. Everything was done on the fly during the compositing stage. 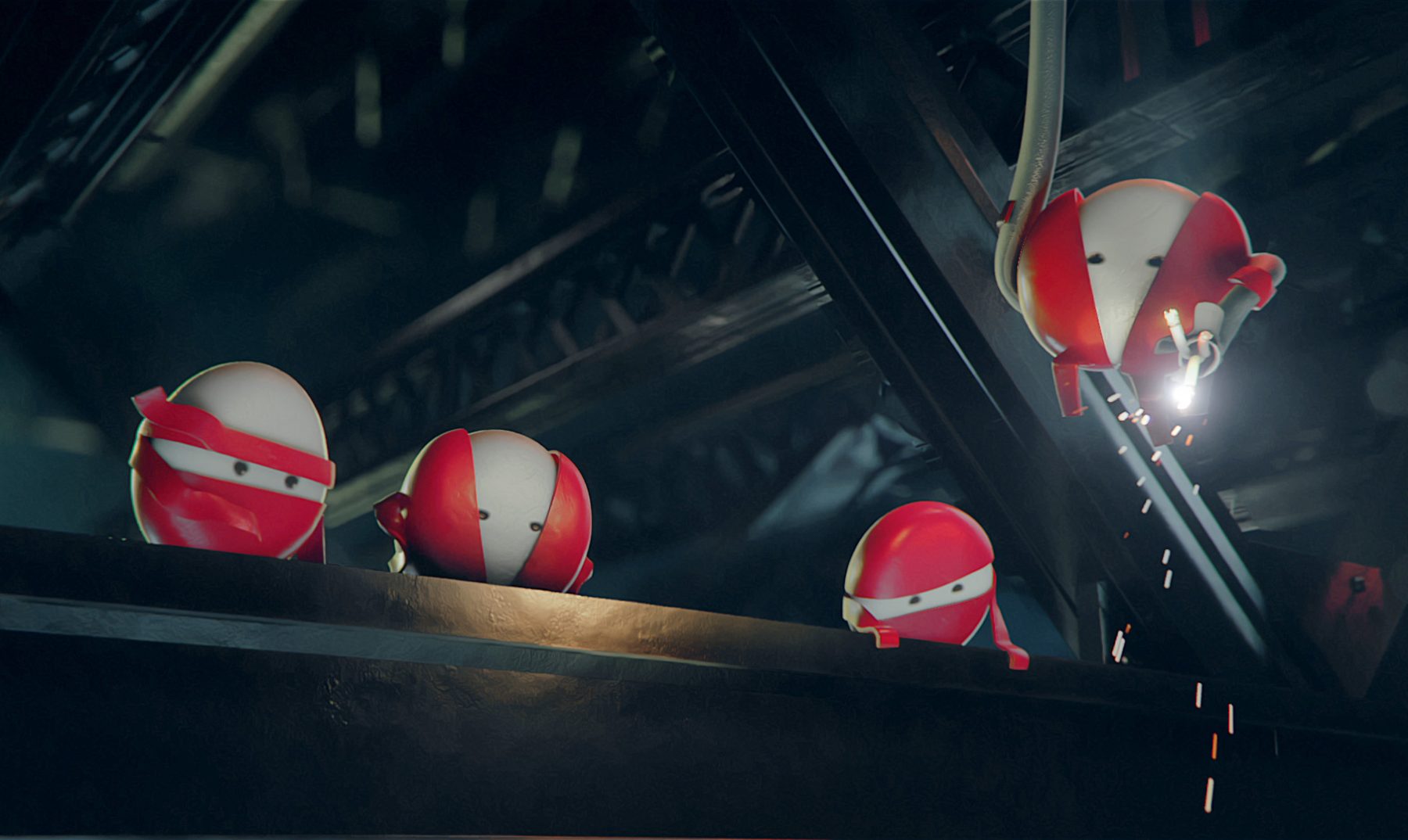 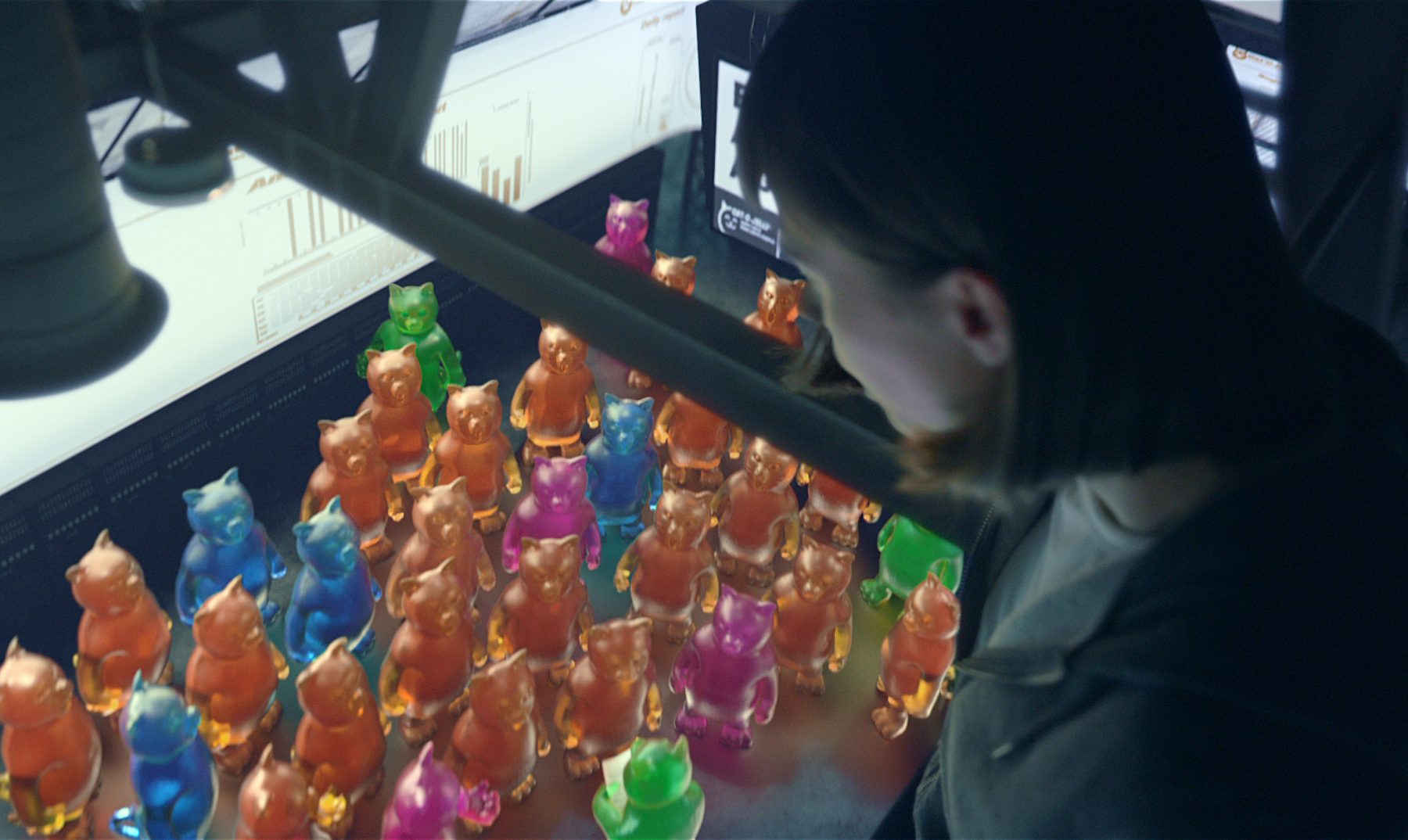 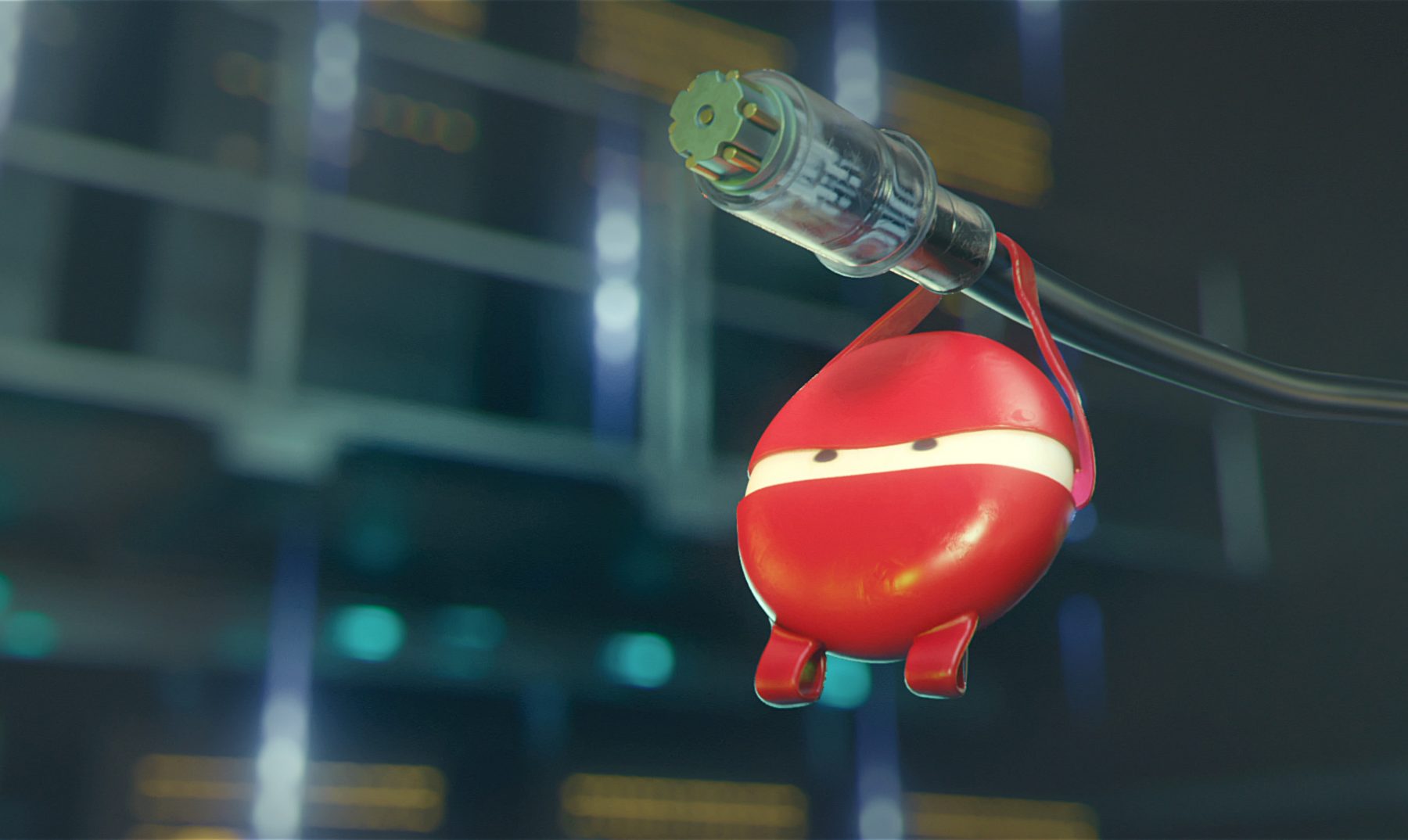 Perhaps the biggest challenge for the entire team was the outbreak of COVID-19. Around three days into the editing, the director had to separate himself from his editor and the VFX team. Every member of Platige Image also started to operate remotely from home. Fortunately, Platige has always been using software designed for sharing work and assets, and its communication tools made the project relatively hassle-free.

„It was an interesting experience. It was based on empathy and understanding. We got used to seeing our kids playing in the background during our daily video meetings. For a couple of months, we became a peculiar patchwork family.”
– Mateusz Wiśniewski, Producer 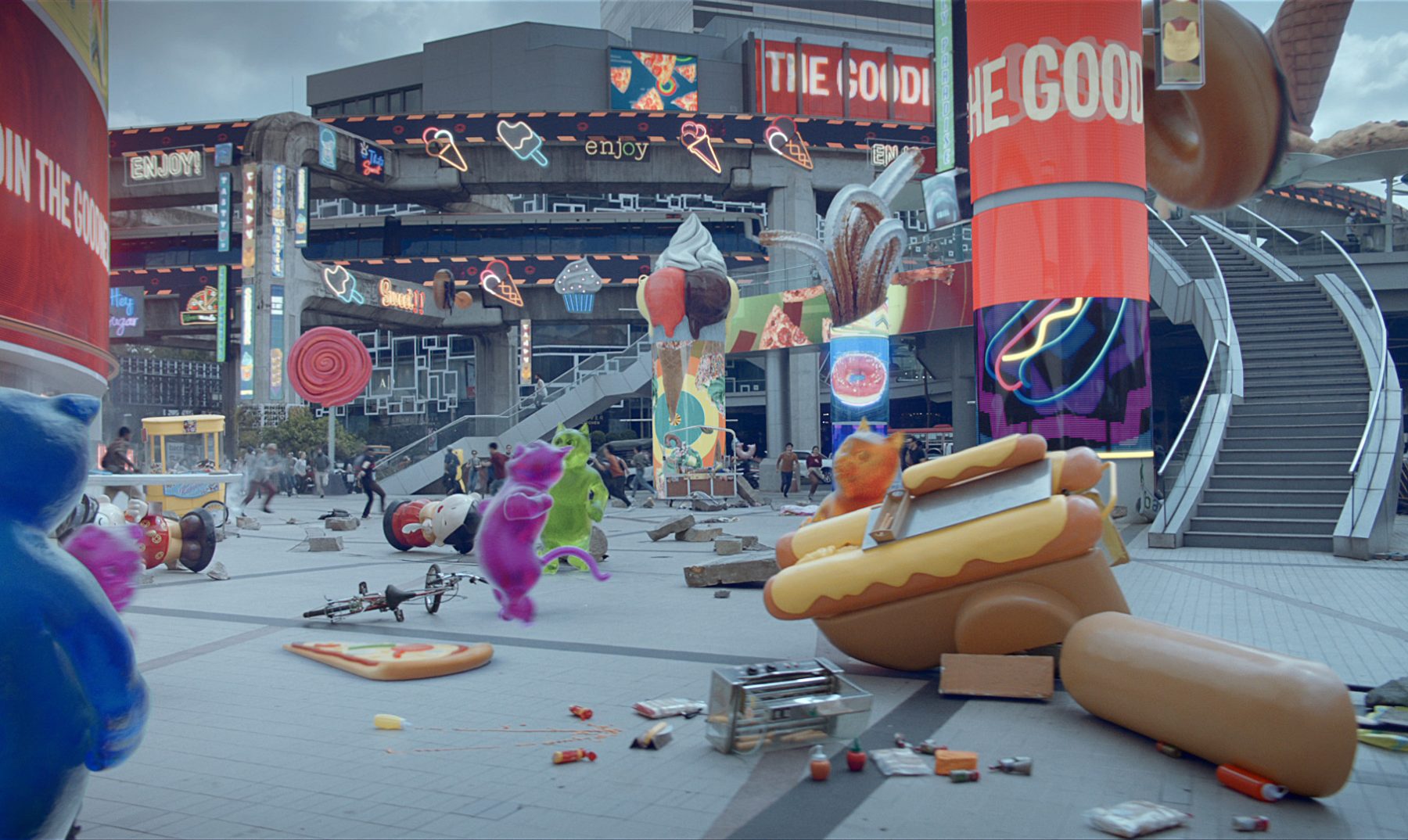 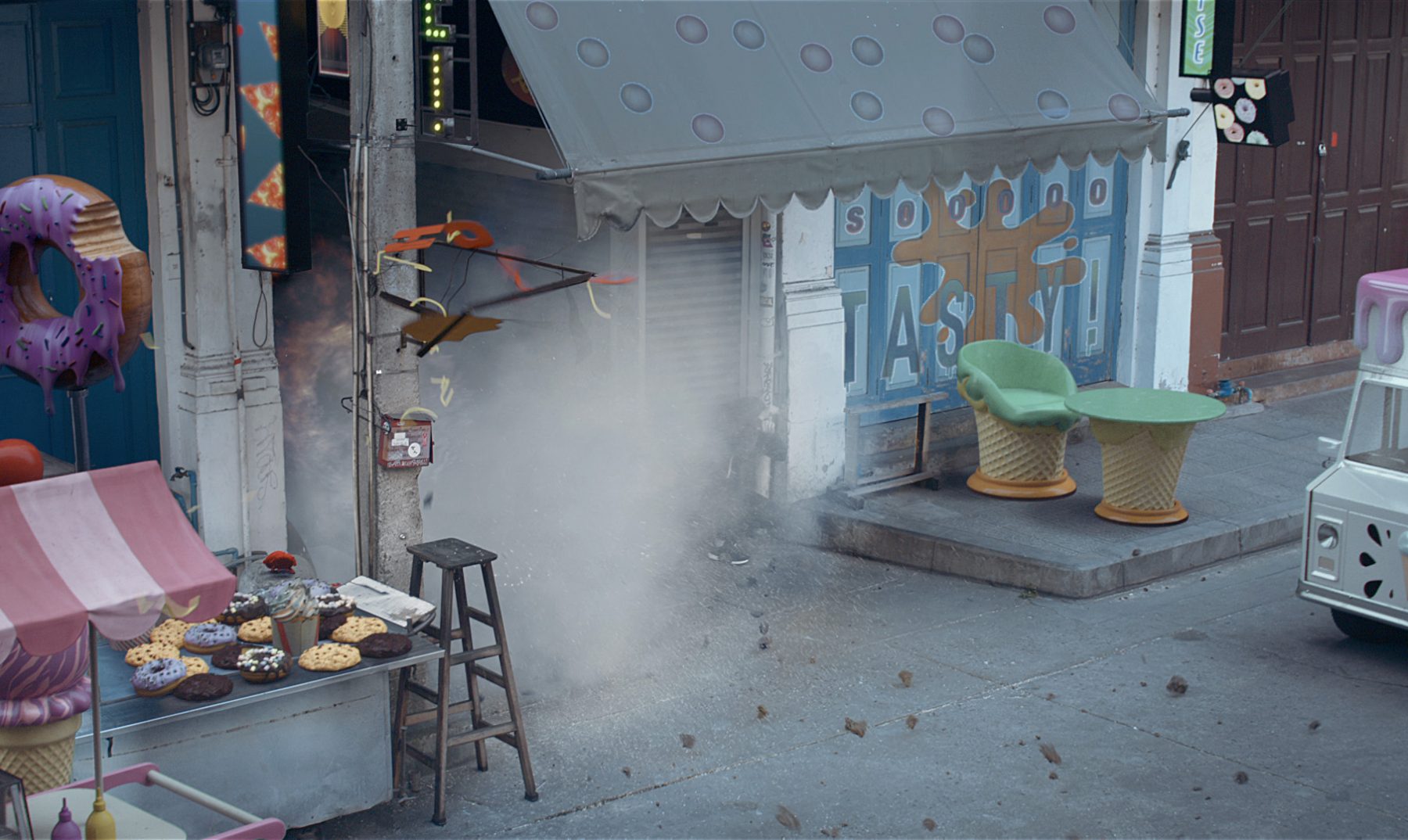 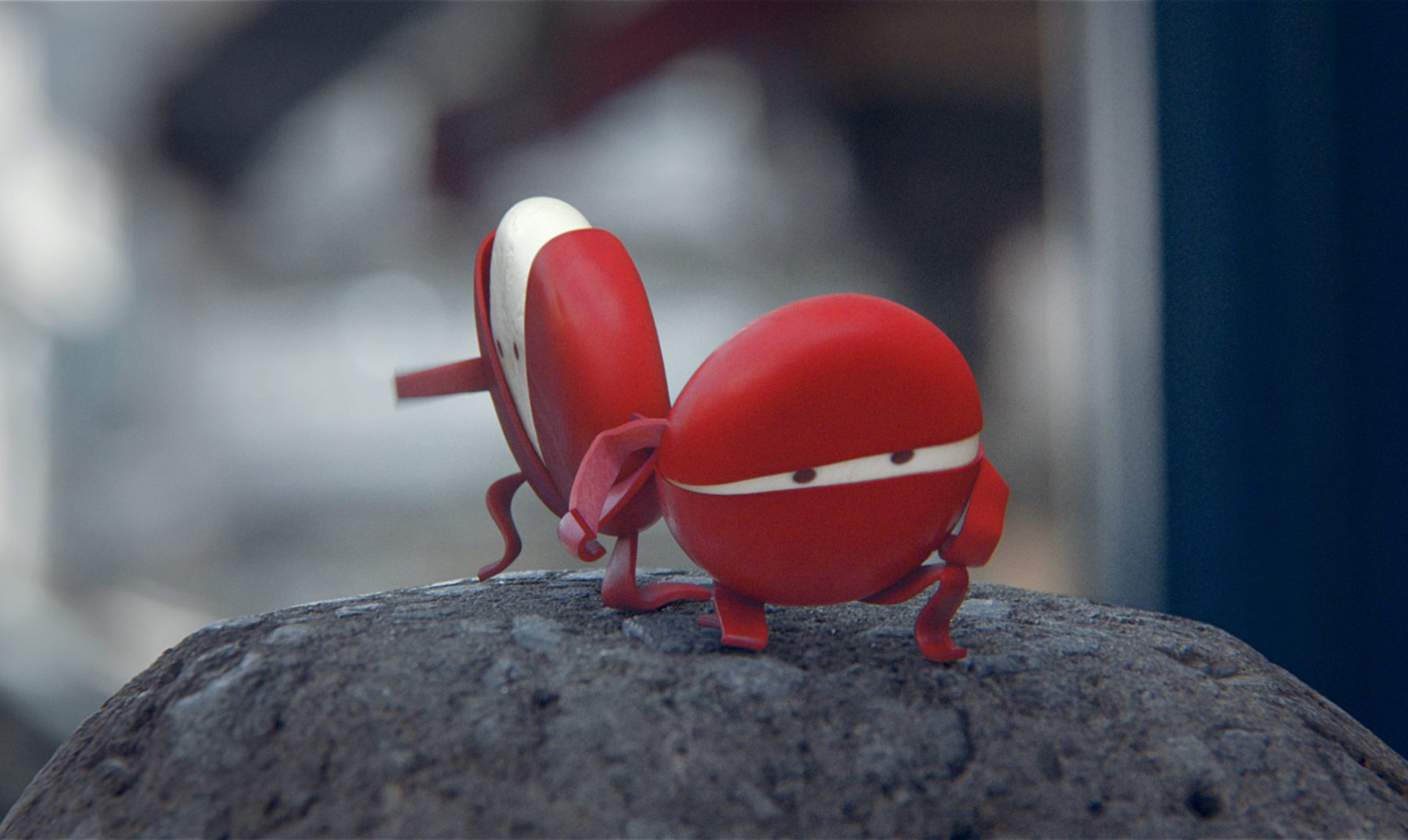 „The amount of work done by Platige is impressive, even more considering the short deadlines and the tough conditions. And the thing I really like, as a director, is that no one ever says ‘no’ to my crazy demands.”
– Hervé de Crécy, Director

Platige Image completed on time a demanding and ambitious project for one of the most esteemed creative agencies in the world – Havas Chicago. This was achieved in unprecedented conditions, with daily workflow practically reinvented overnight. What was the key to success? „It was team spirit,” claims Mateusz Wiśniewski. “It’s what made 40 artists work together in the atmosphere of respect and trust.” 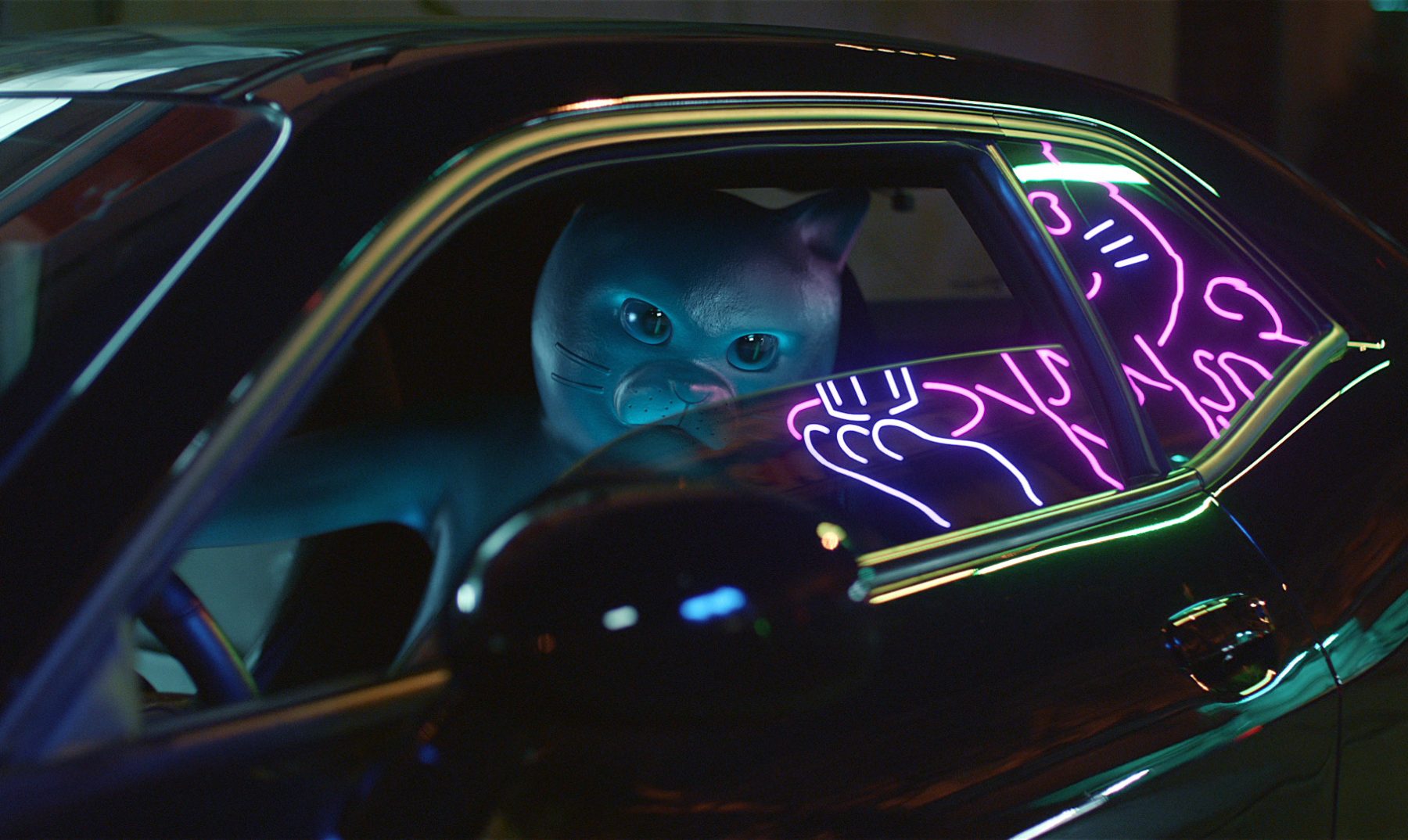 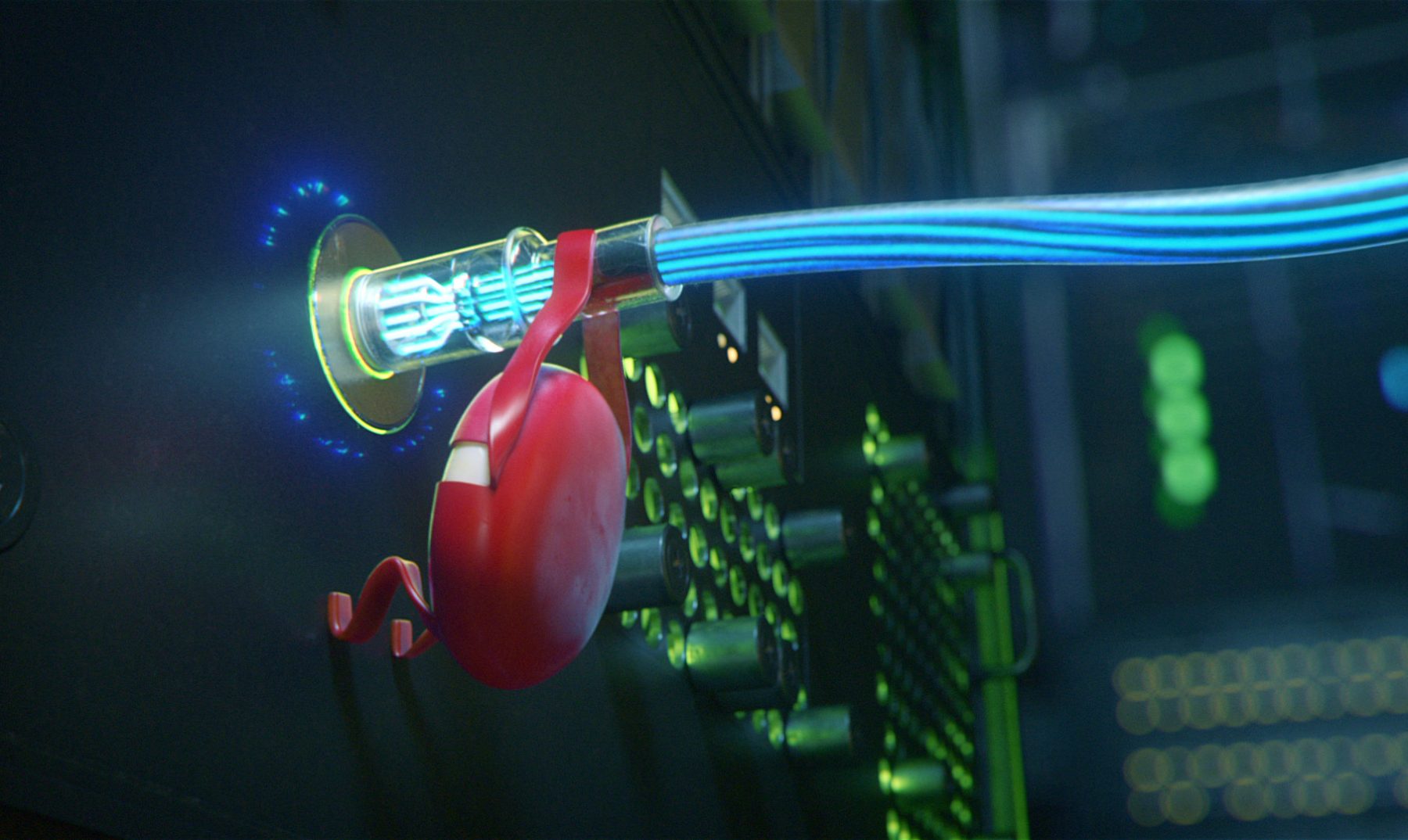 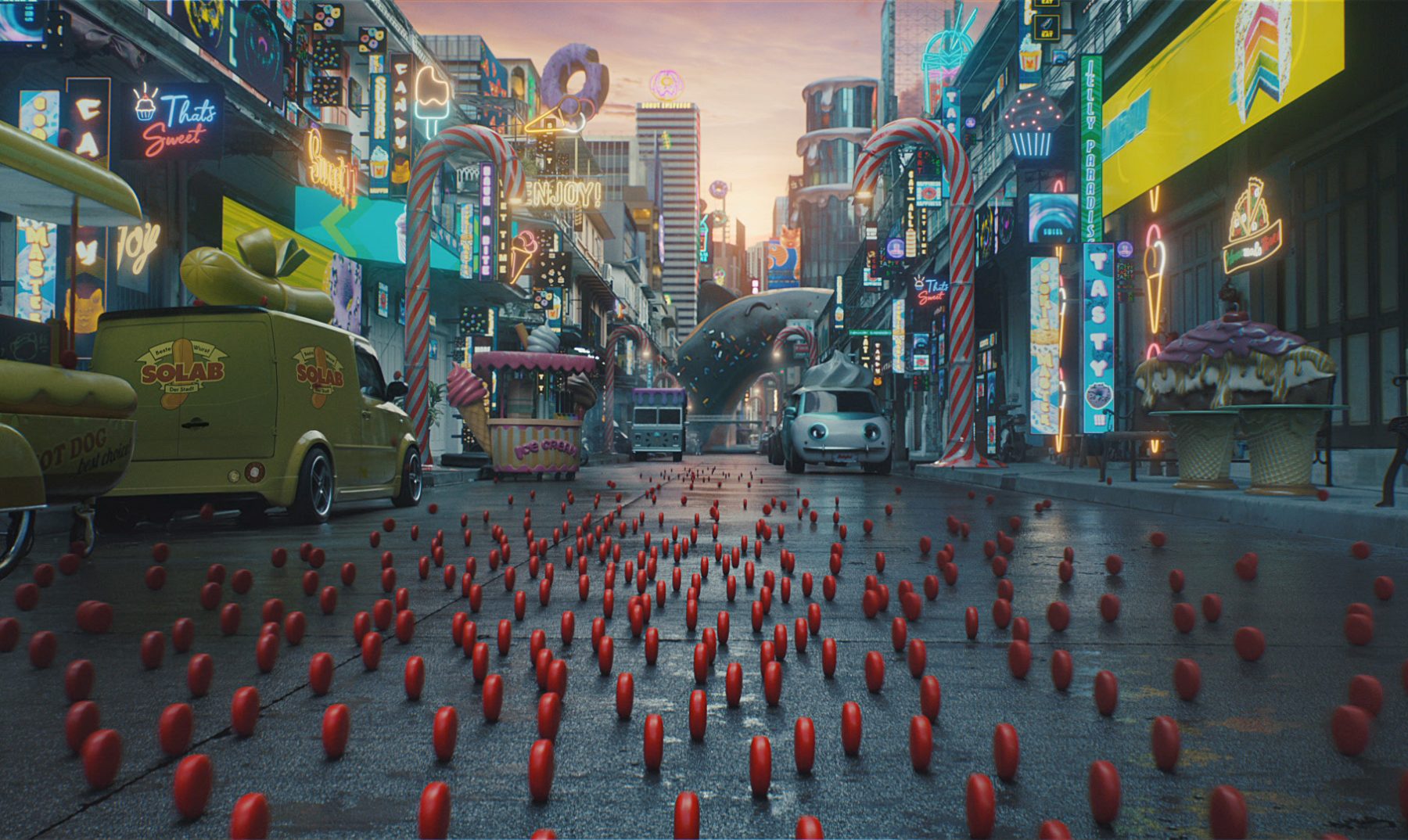 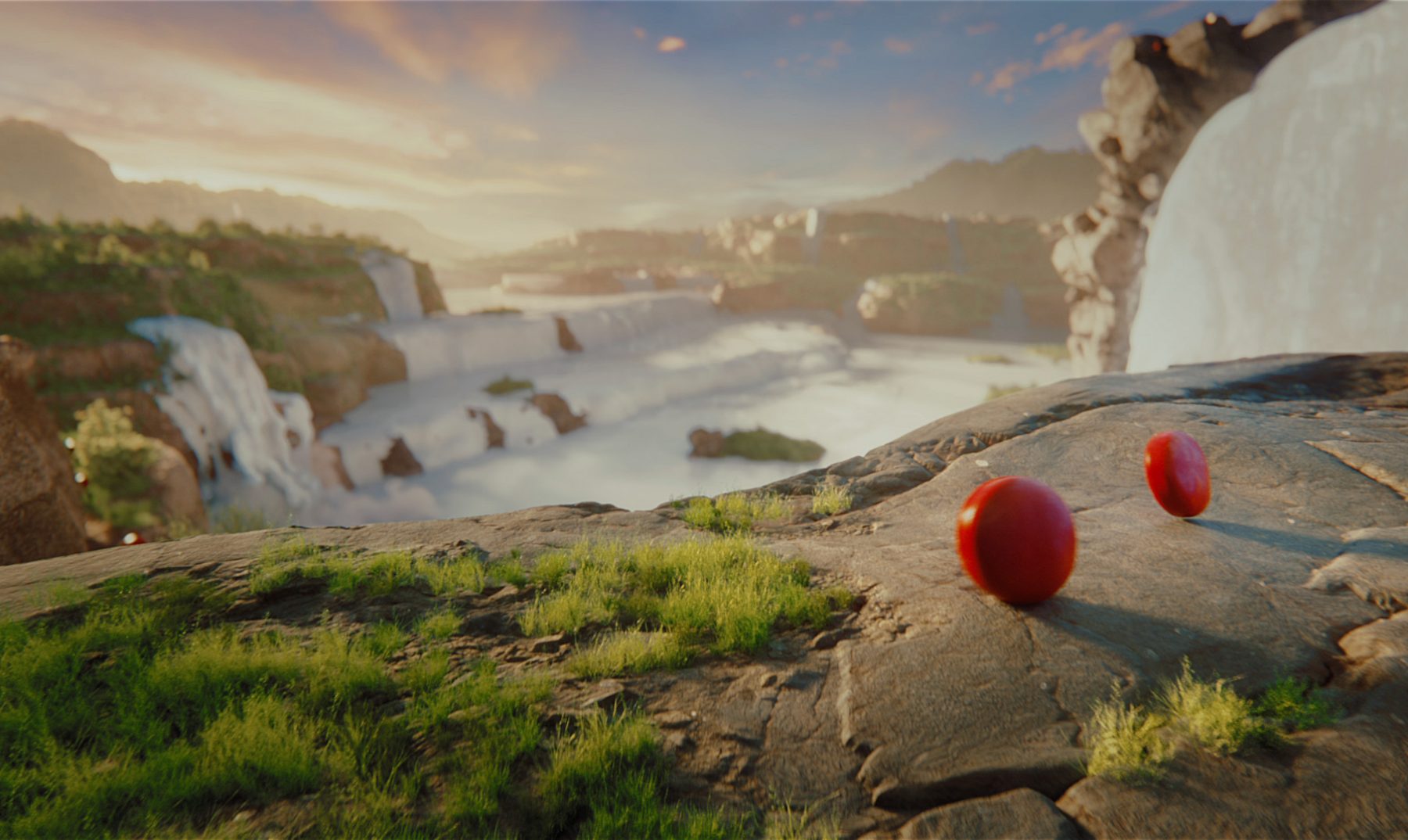 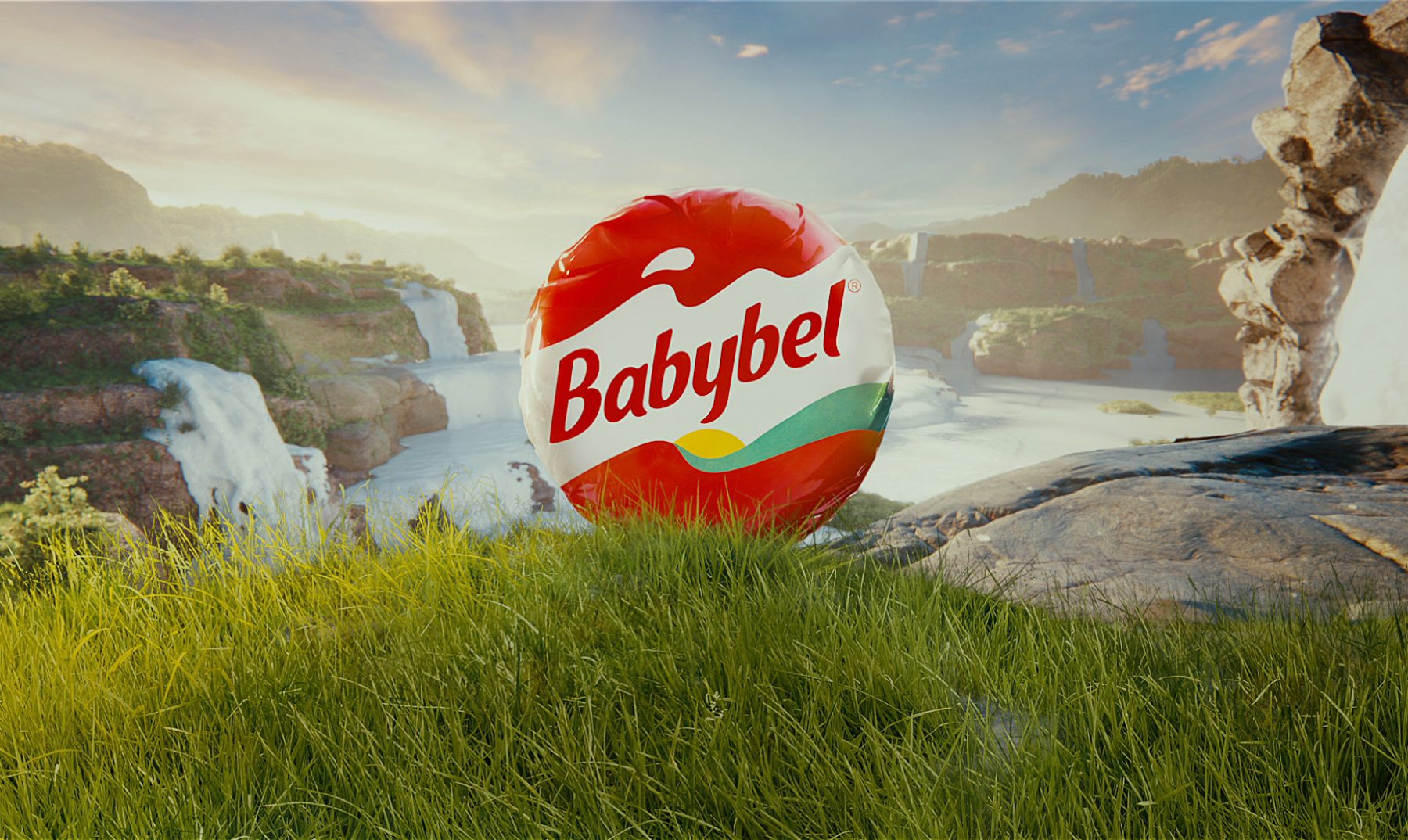 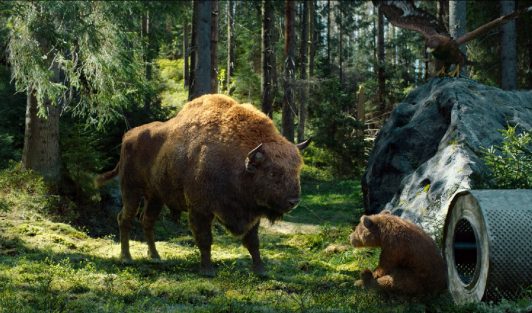 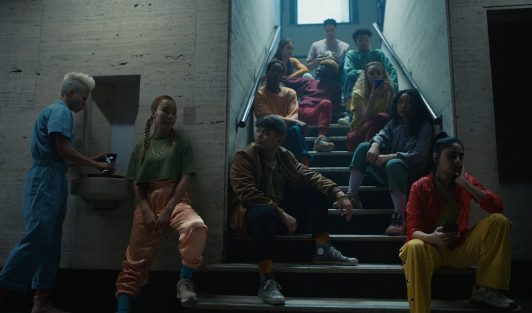 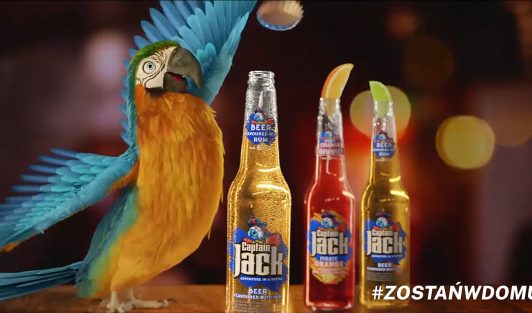 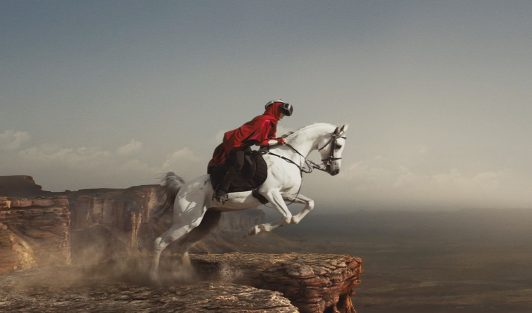 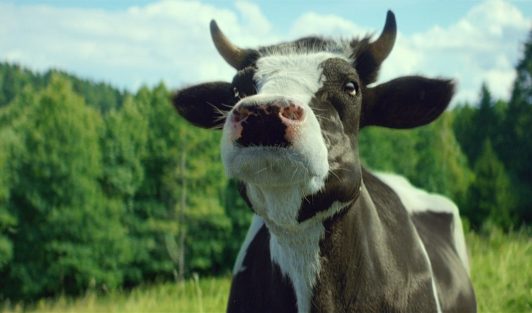