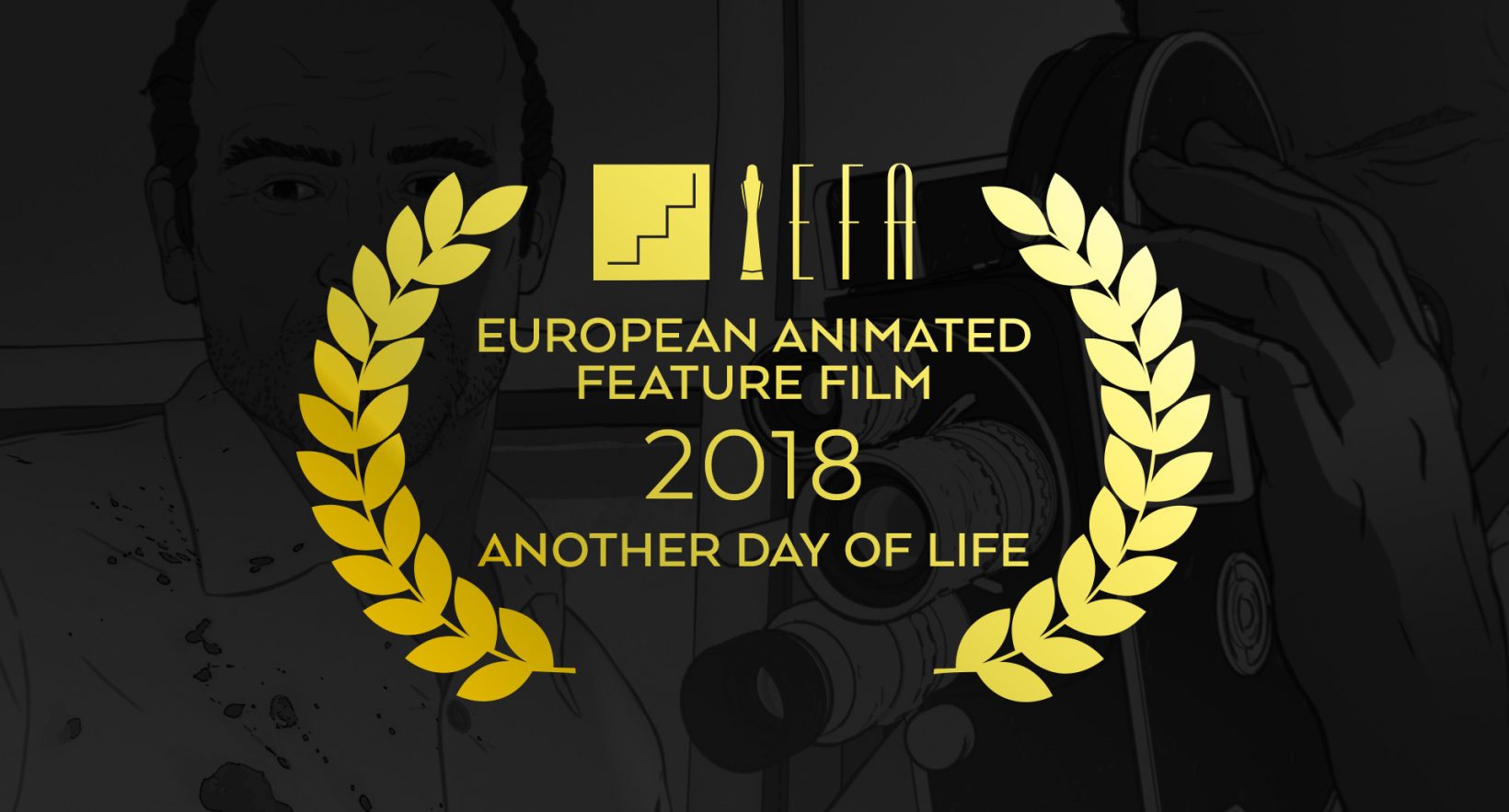 After the world premiere at Cannes, excellent acclamation at film festivals around the globe and numerous significant awards, it’s time for the most important European trophy. ”Another Day of Life” has just won the European Film Academy Award for European Animated feature Film of 2018.

Competing for the title, the masterpiece by Damian Nenow and Raul de la Fuente managed to win over 3 other, great animations: ”Early Man”, ”The Breadwinner” and ”White Fang”..

It took almost 9 years to make the triumphant animation. The authors of ”Another Day Of Life” have managed to come out the great challenge victorious – translate the Ryszard Kapuściński’s prose into the film language. The hybrid of animation and documentary tells not only about the main events from the master of reportage’s book – the civil war in Angola in 1975.

It’s genuine film story. Form of animation enabled us to build something brand new, taking advantage of metaphors and the vision of crumbling World. And only here and there we added photos taken by Polish reporter in Africa – they suggestively depict the hellish nightmare of the war. – say directors of ”Another Day of Life”, Damian Nenow and Raul de la Fuente.

“One thing that I learnt from Ryszard Kapuściński, that we should stay together and stop looking at the world from West to East or from North to South.”
“The meaning of life is crossing borders.”

The Award for European Animated Feature Film is another great appreciation on the account of the authors. ”Another Day Of Life” has already Honorary Distinction of Jury at Annecy, Audience Award and Follower for the most popular film at Biografilm and Audience Award at International Film Festival in San Sebastian. The film got 5 nominations to European Animation Award (Emile Awards) and recently – it has been nominated to Spanish Film Academy’s Goya Premios.